I’m going to introduce you to Australian culture which is Indigenous Australians.

They migrated from Africa to Asia around 70,000 years ago and arrived in Australia around 50,000 years ago. Indigenous Australians are significantly different in social, cultural and linguistic customs between the various Aboriginal and Torres Strait Islander groups. There were more than 250 languages spoken prior to the arrival of Europeans. Most of these are now extinct, with only about fifteen languages still being spoken by all age groups. The didgeridoo is played with continuously vibrating lips to produce the drone while using a special breathing technique. They are usually made from hardwoods, especially the various eucalyptus species that are endemic to the region. The didgeridoo, which is widely thought to be a stereotypical instrument of Aboriginal people was traditionally played by people of only the eastern Kimberley region and Arnhem Land, and then by only the men. 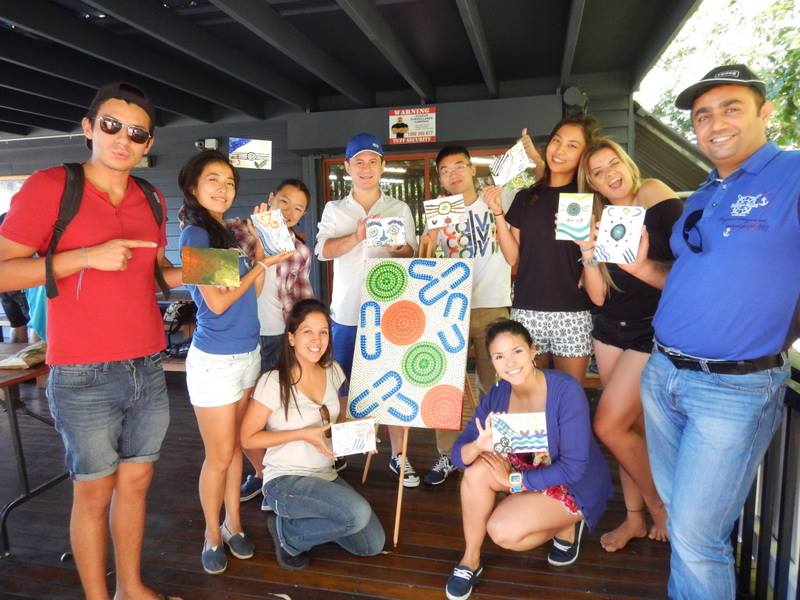 Australia has a tradition of Aboriginal art which is thousands of years old, the best known forms being rock art and bark painting. The designs seen on authentic bark paintings are traditional designs that are owned by the artist, or “skin”, or clan, and cannot be painted by other artists.

If you are interested in this culture, I recommend you go to these culture centres.

I'm Ayane Hirata from Japan. I have been playing rugby since 2005. My dream is to be an international rugby player. So I'm playing rugby next season in Queensland. I find English really hard to learn but I never give up. I will do my best so that my dream may come true.

View all posts by Ayane Hirate